The class trip to Gut Kragenhof was a lot of fun and really brought us together as a class. On Monday, March 15, we arrived on foot, when our baggage had already been brought there by our parents. We were introduced to the interns Eileen and Lillith who would support and stay with us during our two weeks at Gut Kragenhof.

Until lunch, we had some time to unpack and explore the place. Gut Kragenhof is a beautiful farm located north of the city of Kassel right beside the river Fulda. It is owned by a teacher of our school, which is why all the projects similar to ours take place there.

Lunch was cooked by the interns that day, but that would be our task along with most of the other jobs in the kitchen. We received our schedule for the next two weeks, which was tight, at least compared to a usual day in the Coronavirus-pandemic.

The day started at 6.45am when we did morning sport with either Mr. Eickmeyer or the interns. Before breakfast at 7.45am, we had some 30 minutes to take a shower and prepare for the day. Thanks to some bets we won against our teachers, we were able to sleep longer during the weekend.

After breakfast we sometimes talked about our issues or organizational things. Although we were on a trip, we had one lesson each day except Saturday and Sunday, scheduled from 9.15am until lunch at 12.30am. But because these lessons were really diverse and creative, they were quite fun. We learned how to play Ultimate Frisbee and American Football, talked about luck and happiness, did the Getty-Challenge and learned how to seriously represent our opinion. On two days we did some group dynamics with some challenges we needed to do together as a class. We were surprised how successful we were in those.

When our lesson was over, we had lunch, cooked by 3-4 students of our class. To secure that they´d have the time in the kitchen they needed, they didn´t take part of the lessons. All the self-made food was really tasty and much better than the food you´d get in a youth hostel. Also the different groups all cooked really diverse food. We had Schnitzel, Spaghetti, Asian Rice, Burritos, Pancakes and on the weekend we even grilled one day. The list could go on.

After lunch, we had some free time until 2.15pm when the most creative part of the day started the workshops. There were three workshops we were able to choose: the goldsmiths, the theatre workshop and the car mechanical workshop. According to the students who did each workshop, all three of them were really fun.

The weekend was a special time: Because we had done a good job at group dynamics and so won some bets against our teachers, we were allowed to sleep a lot longer. Usually we would have done a biking tour to Hann Münden, but due to the pandemic we weren´t allowed to go there. So we needed to find something different to do. Mr. Eickmeyer came up with the idea to play capture the flag in the forest nearby. It turned out to be a really good idea. We all had a lot of fun and we played it almost the whole afternoon.

On Sunday we organized a chess competition which most of us took part of. Unsurprisingly, it was finally won by Vincent after a stunning win of his against Mr. Eickmeyer. Although the most matches went without any surprises, it was really fun to play against each other.

All in all, the trip helped our class to come together after we had not seen each other for 3 months. 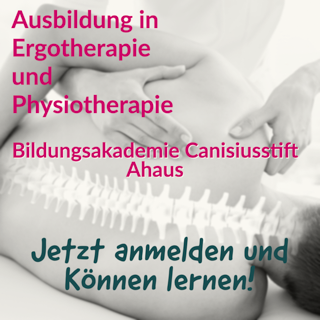